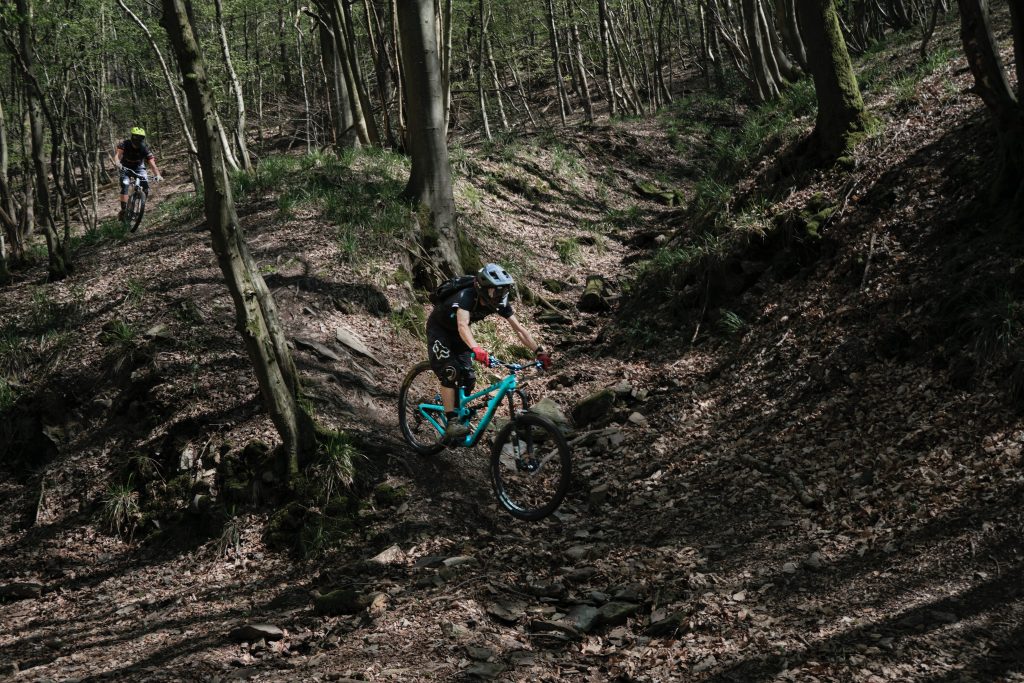 The Wilkins Branch Mountain Bike Park is the direct result of collaboration and partnership between local non-profit, Outdoor Encounter (OE) and Williamson County Government, through the Williamson County Parks and Recreation Department. The goal of this private/public partnership was to provide the public with a premier, free-use recreational mountain-bike park in Williamson County. Gordon Hampton, Director of the Williamson County Parks and Recreation Department said, “Opening Wilkins Branch Mountain Bike Park adds a much needed service that our department has not been able to provide until this time. We are excited to offer this type of recreation opportunity in one of our parks.” Development of the park began several years ago with Williamson County providing the land and operation structure and OE raising funds and coordinating volunteer efforts to design and build the trails. Rebecca Wynd, Founder/Director of Outdoor Encounter said,” The opening of Phase 1 has been a long time coming. For nearly four years, OE has remained dedicated to this project. We have raised over $75,000 through grants, donations and sponsorships, and have had approximately 200 volunteers put in over 5,000 hours of volunteer work to make this opening a reality. The community that has formed though building this park is strong and motivated. We are truly inspired by our volunteers and look forward to riding together on the Wilkins Branch trails.”

Wilkins Branch is a day use park and will be open 7 days a week from 8:00 a.m. to sunset. The park may close due to inclement weather, including but not limited to: rain, freezing temperatures, snow and/or ice, or for trail maintenance and safety. For additional information, park rules, a trail map and descriptions visit www.wcparksandrec.com.