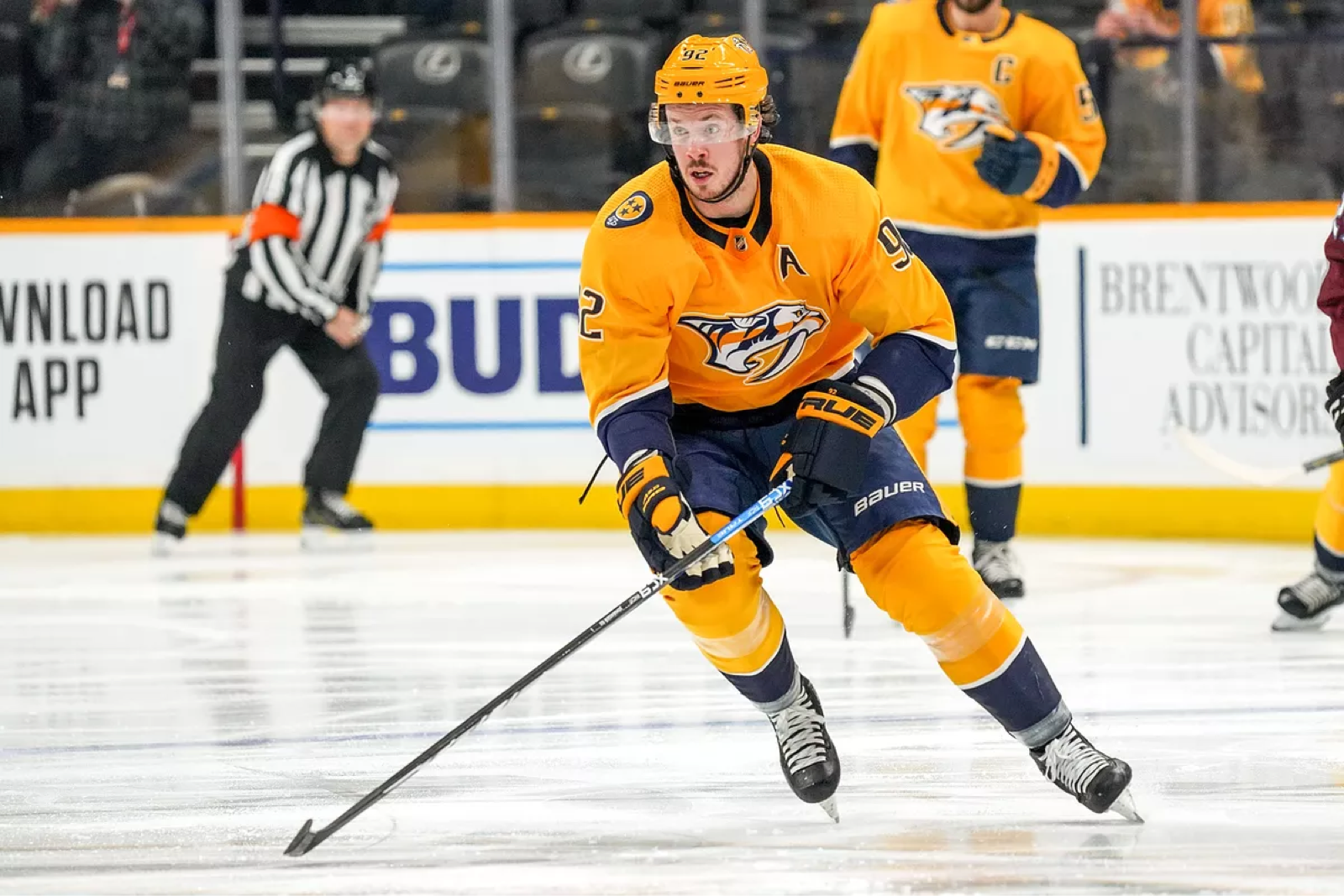 As the Nashville Predators have tied the Stanley Cup Final series at 2–2 against the Pittsburgh Penguins, the city of Nashville gets more and more into the sport of hockey. Hockey has been a big thing in Nashville in the past couple of years, but now with the hometown team in the biggest stage of the sport, it’s getting even wilder. I drove up to Nashville for game three and lucked out with getting a ticket the day before the game.

My friends and I left on Saturday afternoon from Huntsville, Alabama to make the short two-hour drive into the state of Tennesse. We arrived at a friend’s house and were quickly on our way to downtown Nashville. We hopped out of the car and walked a couple of blocks over to Broadway and 4th Ave. There are people everywhere. In the masses of people was country music at every turn, a cloud of yellow shirts, pants, and hats, the bellowing of, “LET’S GO PREDS,” and the ever-flowing alcohol in everyone’s hands. We made our way into Honky Tonk on Broadway and fans of all kinds are there. Lots of black Penguins sweaters when I walked into the bar to grab my first beer and I made a lot of weird faces to my friends every time we passed a Pens fan.

We explored the three-floor bar of Honky Tonk that had a different band on every floor and even less room as we proceeded up the floors. The balconies are all full on every floor and the beer just kept on coming. As I quickly downed beers I figured an hour and a half before game time would be a good time to figure out where everything was inside of Bridgestone Arena. This was my first Preds game and my ticket was in will call so I had no idea where my seat actually was inside the arena. I managed my way through the crowds where NHL Live was actually hosting their show right outside the entrance for will call. People are everywhere. I squeezed my way through the sea of people into the will call door, snag my ticket, and I’m on my way into the arena.

As you get your ticket scanned someone was handing out rally towels to any and all types of fans coming into Bridgestone. Penguins fans proceeded to walk to the nearest trash can and throw theirs away. I made my way up to section 330 and row M. I was on the third row from the top of Bridgestone and there was absolutely no disappointment in my face by the time I got to my seat. There was a Stanley Cup yellow t-shirt and a bracelet that lights up on my seat and I of course immediately put the shirt and bracelet on as I ate my buffalo chicken sandwich. I was in my seat over an hour before the seven o’clock start time, but this was my first experience of the NHL, let alone my first experience being at a playoff or championship game in any sport. I people watched and some lady ended up sitting next to me. We had small talk and she happened to be from Miami and loved my Miami Dolphins as well. We talked about our Miami sports heartbreaks and triumphs, then she happened to be in the wrong seat so she left.

About five minutes until the puck dropped the lights in Bridgestone turned low and our bracelets lit up the arena. Butterflies were in my stomach as if I was going to take the ice, the pre-game video happened and the arena started to get loud leading up to the puck drop. This was the first-ever Stanley Cup Final game in Nashville’s history and I was one of the 17,000 fans to witness it inside Bridgestone Arena. Just a few minutes into the game, the Penguins and Jake Guentzel slide the puck in between Pekka Rinne’s five-hole, and the arena was silent except for the one Penguins fan behind me. The first period came and went without the reverberating cheer and horns going off for the Pred’s first goal.

The guy sitting next to me was from Philadelphia and grew up a Flyers fan. He moved to Nashville around nine years ago and has had season tickets for the past four years. He transitioned into a Predators fan because he couldn’t watch the Flyers as much being down South and he found the team fun. I high fived that dude around 37 times throughout the rest of the game. Nashville has some crazy hockey fans and a lot of them aren’t even home grown.

Three instruments of crime were thrown onto the ice during the game with the last one coming during a TV timeout during the third period. There were many people in full-body catfish costumes and everyone made fun of the Penguins fans that left the game early from my section.

Nashville had around 20,000 fans outside Bridgestone for Monday’s game four. Hockey is becoming a sport that more and more people love. After game four the local Huntsville, Alabama news immediately started talking about game four from Nashville. The Stanley Cup craze is getting bigger and bigger in the South with hopes that the Preds bring home the Cup.

How Nashville is Embracing All Sorts of Sports

IndyCar Is Coming To Music City