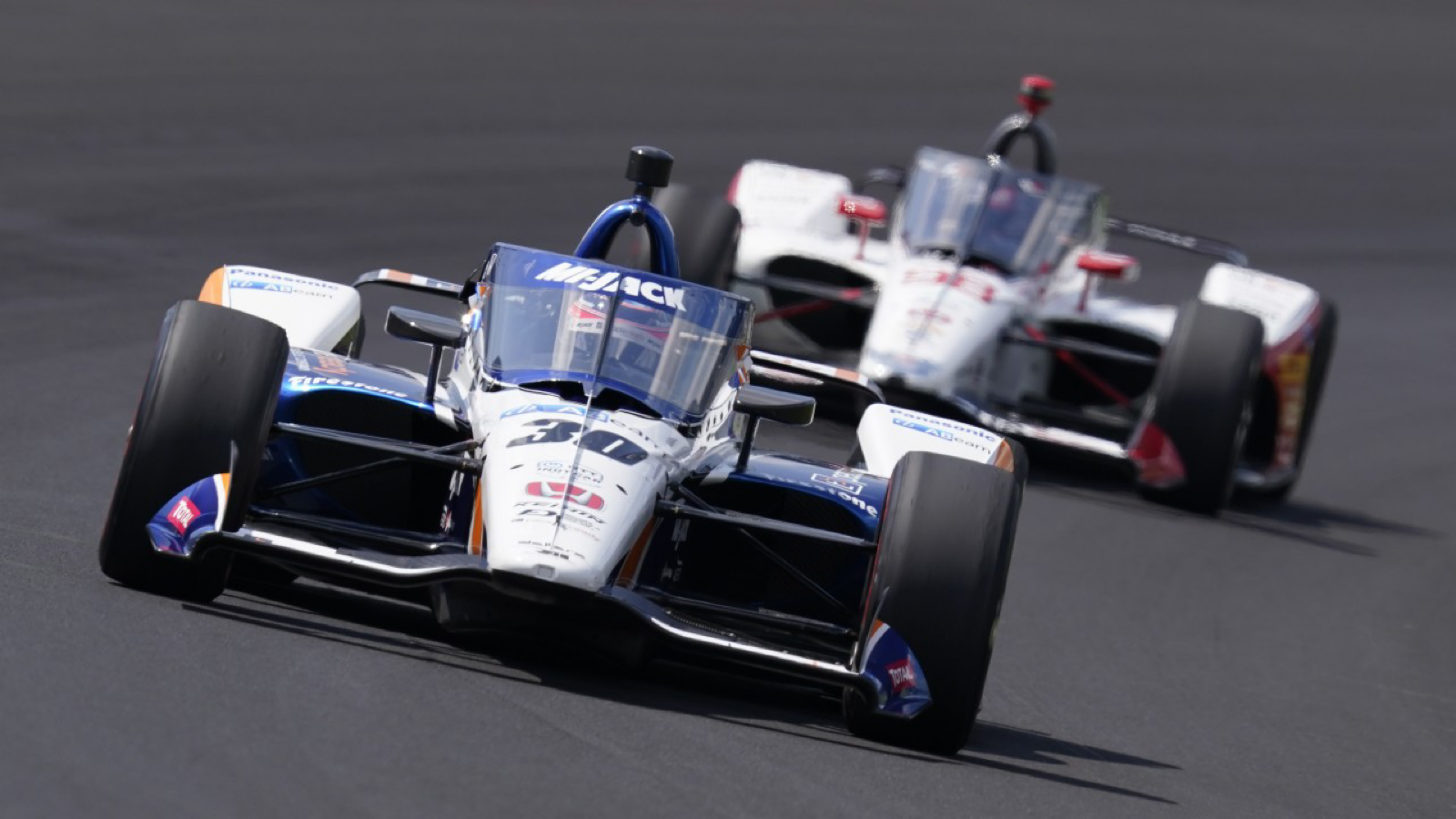 IndyCar Is Coming To Music City

The NTT IndyCar Series will add a street race in downtown Nashville, Tennessee, to its 2021 schedule, announcing Tuesday that the inaugural Music City Grand Prix will be held Aug 6-8.

In a multiyear agreement, Nashville will be IndyCar’s first new street course in seven years (the last was in Houston, Texas, which lasted two years).

The 11-turn, 2.17-mile circuit will cross the Korean Veterans Memorial Bridge twice over the Cumberland River (click here for the track map) and employ parking lots adjacent to Nissan Stadium as its paddock.

The straightaway across the bridge will stretch 3,578 feet with cars hitting a top speed of about 200 mph on a track whose width will vary from 37 to 80 feet and be surrounded by 9,600-pound barriers.

Two-time IndyCar champion Josef Newgarden, a native of the Nashville area who moved back to his hometown last year, was at a Wednesday news conference to announce the race.

“I can speak for all the IndyCar drivers and tell you this is going to be the No. 1 destination outside of the Indy 500 next year,” Newgarden said. “We always mark the Indy 500 as a key point for us. Every driver that I’ve spoke to that’s heard about Nashville, they want to come to this event and succeed.

“For me it’s going to be probably the second most pressure-filled event to get right. How do we win this race with Team Penske next year? I’m so excited, proud to be from Nashville. It’s a good coincidence. I never dreamed of being able to drive for Roger Penske one day in the IndyCar Series. Certainly to run a race in my own hometown with a great team behind me like this. It’s going to be a big year to come to Nashville in 2021.”

Penske Entertainment Corp. CEO Mark Miles said the remainder of IndyCar’s 2021 schedule was about two to four weeks from being announced. He has said next year’s schedule is expected to resemble the original 17-race schedule for 2020.

“The Music City Grand Prix will be a one-of-a-kind experience anchored in the heart of Nashville’s action-packed, exhilarating downtown corridor,” Miles, who was part of an IndyCar delegation that met with race organizers last month, said in a release. “Nashville is a world-class city and global entertainment capital that provides an exceptional platform for our Series. From professional sports teams and top live music acts to a burgeoning food and culture scene, it is a perfect home for a racing event of this magnitude.” Here’s the release about the IndyCar Nashville street race:

NASHVILLE, Tenn., Sept. 16, 2020 – The Music City Grand Prix, in partnership with INDYCAR, is bringing a new sound to Nashville. The Music City Grand Prix announced today that the newest NTT INDYCAR SERIES race will debut Aug. 6-8, 2021, in Nashville, Tennessee. The three-day international festival of speed and sound will be staged on a temporary grand prix circuit in downtown Nashville and around the Nissan Stadium campus.

Attendees can look forward to the best Nashville has to offer, including live music performances by top artists, best-in-class chef-curated food experiences and entertainment that centers on speed in a way only Music City can serve up.

With Nissan Stadium serving as the paddock for the race, the 2.17-mile temporary track will race across the Korean Veterans Memorial Bridge into downtown Nashville and back, making the Music City Grand Prix one of the only events in motorsports to cross over a major body of water.

The first street course added to INDYCAR since 2013, it features 11 turns and plenty of straightaways for drivers to pass. These and other dynamic features will create an exhilarating experience for both drivers and fans.

“The Music City Grand Prix will be a one-of-a-kind NTT INDYCAR SERIES experience anchored in the heart of Nashville’s action-packed, exhilarating downtown corridor. Nashville is a world-class city and global entertainment capital that provides an exceptional platform for our Series. From professional sports teams and top live music acts to a burgeoning food and culture scene, it is a perfect home for a racing event of this magnitude,” said Mark Miles, president and CEO of Penske Entertainment Corp. “Urban street festivals have become a huge part of our DNA at INDYCAR and this three-day festival—complete with a course that pushes the limits—will highlight everything Nashville and the sport have to offer, providing international travelers, racing enthusiasts and local thrill seekers alike with an experience of a lifetime.”

“Nashville continues to serve as a world-class entertainment and event destination, so adding an urban racing festival of this caliber is a logical next step for the city,” said Butch Spyridon, president and CEO of Nashville Convention & Visitors Corporation. “From the 2017 NHL Stanley Cup Finals to the 2019 NFL Draft, Nashville knows how to host sporting events of all kinds while making them a party. The Music City Grand Prix underscores why Nashville was named Best Sports City in 2019, and we look forward to the national and international marketing it will bring to the city.”

“Nashville is a special place, and the announcement of the Music City Grand Prix truly marks a huge step forward for our community as we look to the future and a return of our thriving and unique entertainment scene,” said Nashville Mayor John Cooper. “This announcement could not have come at a better time. The event represents a tremendous private investment in the city and a catalyst to our economic recovery.”

In keeping with true Nashville community, the Music City Grand Prix has forged key partnerships in order to bring this privately funded event to fruition. Music City Grand Prix is appreciative for the collaboration with INDYCAR, the Tennessee Titans, the Nashville Convention & Visitors Corporation, Metro Government of Nashville & Davidson County, the State of Tennessee, the Nashville Sports Council and the Middle Tennessee State University School of Concrete and Construction Management.

How Nashville is Embracing All Sorts of Sports 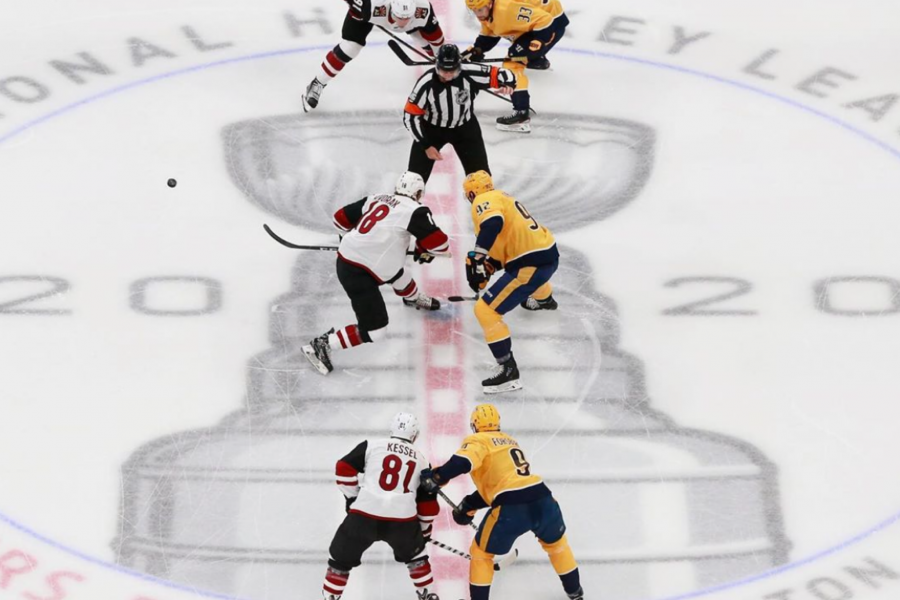